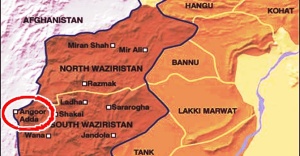 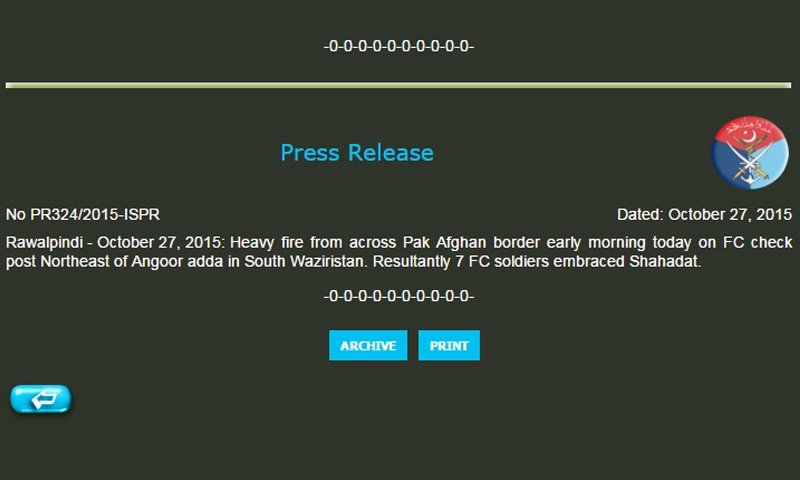 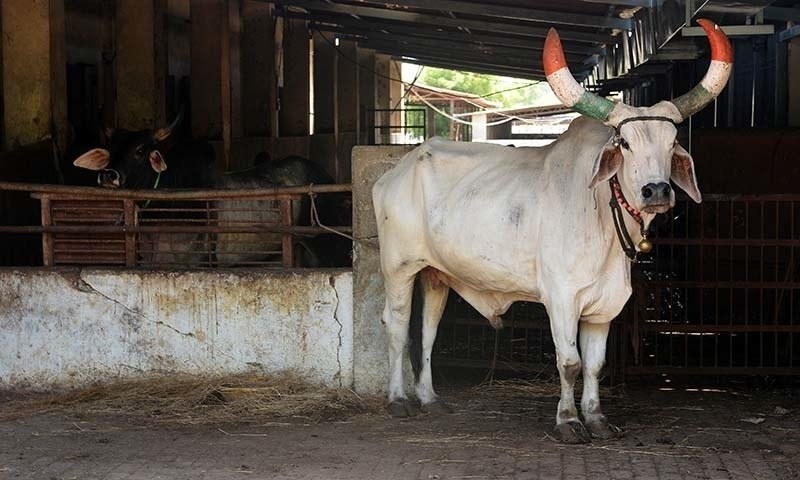 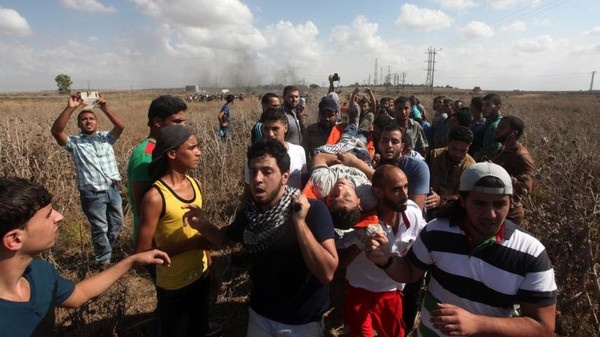 Clashe­s come as Hamas’s chief in Gaza called violen­ce that has hit the occupi­ed West Bank an intifa­da
GAZA CITY: A week of violence between Israelis and Palestinians spread to the Gaza Strip on Friday, with Israeli troops killing six in clashes on the border and Hamas calling for more unrest.
A fresh wave of stabbings also hit Israel and the West Bank, including a revenge attack by a Jewish suspect that wounded two Palestinians and two Arab Israelis.
The Gaza Strip had been mainly calm as unrest has shaken annexed east Jerusalem and the occupied West Bank in recent days.
But clashes broke out Friday east of Gaza City and Khan Yunis along the border with the Jewish state, with Israeli forces opening fire and killing six Palestinians, including a 15-year-old, and wounding 80, according to medics.
Hundreds of Palestinians, some with their faces covered by keffiyeh scarves, defied the soldiers by making victory signs and throwing stones.
It was the deadliest clash in Gaza since the summer 2014 war with Israel.
“Forces on the site responded with fire toward the main instigators to prevent their progress and disperse the riot,” an army spokesperson said.
Palestine Liberation Organisation secretary general Saeb Erekat accused Netanyahu and his government of “committing a new massacre of Palestinians” in Gaza.
The clashes came as Hamas’s chief in Gaza called the spreading violence an intifada, or uprising, and urged further unrest.
Israeli ‘stabs four Arabs in revenge attack’
In a sermon for weekly Muslim prayers at a mosque in Gaza City, Ismail Haniyeh said “we are calling for the strengthening and increasing of the intifada.”
“It is the only path that will lead to liberation,” he said. “Gaza will fulfil its role in the Jerusalem intifada and it is more than ready for confrontation.”
Stabbing attacks in the West Bank, Jerusalem and Israel itself along with rioting have raised fears of a third Palestinian intifada, following a first that began in 1987 and a second in 2000.
Those two conflicts cost the lives of some 5,000 Palestinians and around 1,100 Israelis.
Hamas rules Gaza, squeezed between Egypt and Israel and separated from the West Bank. It remains deeply divided from Palestinian president Mahmud Abbas’s Fatah party.
The enclave has been hit by three wars with Israel since 2008. A 50-day conflict between Palestinian militants in Gaza and Israel in the summer of 2014 left more than 2,200 people dead and 100,000 homeless.